And the performers were enlightening!!! Fire performance artists entertained over 200 people during the evening of July 17th. As the Sun set, spectators flowed from the trail to the beach inundating a normally quiet park.

Locust Beach is the one park I like to go to that is close to town, but not well visited. There’s limited parking and a good 1/4 to 1/2 mile hike down to the beach. It’s rocky with no facilities. But super nice to get away from it all within town. 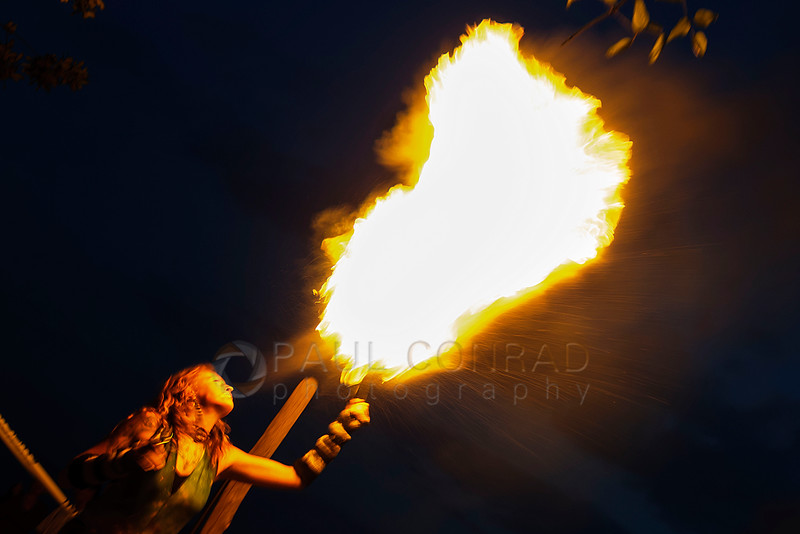 Lindsay McFinland of Bellingham spits a fireball into the sky while performing during sunset at Locust Beach on Sunday evening July 17, 2016, in Bellingham, Wash. A group of artists are attempting to make the third Sunday of each month a meeting time to perform at Locust Beach. (© Paul Conrad/Paul Conrad Photography)

END_OF_DOCUMENT_TOKEN_TO_BE_REPLACED

With the first game starting at 6:30, the second at 8, and my deadline at 9:30, making deadline would be tight. How I beat the deadline with time to spare.

Time Management is crucial. Simply, during some assignments, I do not have the time to pause and watch the games, chat with other photographers, or drive to a local coffee shop to meet the deadline. I had to edit and submit while sitting courtside.

Fighting for the Rebound

END_OF_DOCUMENT_TOKEN_TO_BE_REPLACED

On Saturday July 25th, just a month past the U.S. Supreme Court decision that legalized gay marriage throughout the country, I had the pleasure of capturing true love. Sand and Ellen were married after knowing each other for over 30 years. It was a small intimate wedding and informal wedding. But beautiful none-the-less.

© Paul Conrad/Pablo Conrad Photography – Ellen and Sandy sing to each other as they dance during their reception at their home.

The light was beautiful during the ceremony and as it became later in the evening, the videographer, Michael Dyrland of Dyrland Productions, lit the area with two bright video lights. I stayed in front and to the side as I captured the guests dancing. But soon, I decided to go to the back as I liked the effects of the video lighting: they created a nice rim and back lighting effect.

It added drama without being overbearing. Plus as people danced, their faces were being lit by the lights. As I moved to the back to shoot towards the lights, Sandy and Ellen began to dance to a slow song. While they were dancing, I noticed how the video lights lit their faces, created rim lighting on their matching hats, and how bright sky filled in the shadows.

But, the moment lasted only 6 frames. As Sandy reached up and cupped Ellen’s face in her hands while singing, I was able to fire off a few frames before a guest came up and began dancing between them. The moment was gone.

I wish it was a touch more symmetrical, but I’ll take this photo.

As I downloaded the images, this frame stuck to my mind like spaghetti on a wall. I knew it was good, but I needed to know if it was truly sharp.

They couple wanted to talk to me due to my “photojournalistic eye and style” they said during the interview. I’m pretty certain they were interviewing me, not vise-verse. Within a few minutes of meeting with them, we forgot about photography and began telling stories of our lives. A 15 minute meeting turned into an hour or so of laughing. It was a great time.

To book your wedding in the Bellingham, Wash., area, send me a message using my Contact Form | Paul Conrad Photography.

Don’t forget to sign up for email updates with tips and tricks to improve your photography.

Also, feel free to share and reblog, link to, and add your site in the comment section. Sign up for updates so you don’t miss on other postings.

His specialty is photojournalism covering news, sports, and editorial portraits, he also is skilled in family portraiture, high school senior portraits, and weddings.

On Saturday the 14th, I covered the Celtic Arts Highland Dancing Championship at Syre Center on the campus of Whatcom Community College in Bellingham, Wash., for the Bellingham Herald.

Bagpiping For the Dancers:

It was fun and challenging. The stage was well-lit to the point it was over-lit. They kept everything in lights and it was difficult to find angles to differentiate the dancers from the background. But that’s understandable as it is a competition not a play.

© Paul Conrad/The Bellingham Herald – A youngster uses an iPad to photograph competitors during the Celtic Arts Highland Dancing Championship at Syre Center on the campus of Whatcom Community College in Bellingham, Wash. INFO: D3s at 1/200th, 80-200 at f/4

The key to this competition is that all the dancers in an age group, danced individually 3 at a time to the same music. The judges then rated each one on how well they performed the traditional dances. So although they danced together, they were judged separately. In other words, not much variety.

After a few “stage” shots from the audience point of view, I went backstage to find moments and ultimately something different. This also afforded me opportunities to see things you wouldn’t see from the seats.

One of the first things I do when covering something I’ve not covered before is to just observe. I think it’s important to just spend a few minutes just watching things and formulating compositions. Since the dancers performed the same dance, it was easy finding repeat moments to photograph.

To compensate for the overly lit stage, I found angles so I was shooting the dancers with a dark background. I then underexposed my meter reading by one stop to attempt to drop the background out thereby making the highlights, the faces, stand out more.

In Lightroom (for the gallery):

© Paul Conrad/The Bellingham Herald – Mackenzie Cleaves of Duncan, B.C., competes in the Sword Dance portion of the Celtic Arts Highland Dancing Championship at Syre Center on the campus of Whatcom Community College in Bellingham, Wash., INFO: D3s at 1/400, 80-200 at f/4

The gear (check photo captions for each individual picture):

Also, feel free to share and reblog, link to, and add your site in the comment section.

Paul Conrad is an award-winning, nationally and internationally published freelance photographer living in Bellingham, Whatcom County, Wash., north of Seattle in the Pacific Northwest. His work has been published in newspapers and magazine throughout the United States and in Europe.

His clients include Getty Images, Wire Image, The Bellingham Herald, and many local business in Whatcom County. Previous clients are Associated Press, the New York Times, L.A. Times, Denver Post, Rocky Mountain News, and many others.

His specialty is photojournalism covering news, sports, and editorial portraits, he also is skilled in family portraiture, high school senior portraits, and weddings. He is available for assignments anywhere in the Pacific Northwest.

Yesterday, Thursday October 23, 2014, was apocalyptic. The weather we had here in the Seattle area was remarkable and unprecedented.

We had thunder and lightning, heavy rain, high wind, flooding, and a tornado. Yes, a tornado. The second one in a month. First was a waterspout in south Puget Sound. The second was in Longview, Wash.:  Tornado on KIRO TV

And during all this, a Solar Eclipse.

© Paul Conrad/Pablo Conrad Photography – The horns of a solar eclipse peek over the flag flying at the intersection of Northwest and Birchwood Avenues in Bellingham, Wash., during the partial solar eclipse on Thursday afternoon Oct. 10, 2014.

I didn’t expect to see it. The clouds and rains continued throughout the morning. I thought my plans to shoot it were thwarted so I opted to get caught up on house chores.

While doing laundry, I kept an eye out for the clouds to part. Oddly enough, the rain stopped and the sky cleared just as I put in the last load into the dryer. Sweet.

First Attempt at the Cross:

© Paul Conrad/Pablo Conrad Photography – The partial solar eclipse and the cross at St. Paul’s Episcopal Church. While shooting this, I realized a thin veil of cloud would help bring the foreground object and eclipse into the dynamic range of the camera.

Lacking the phone and my computer as they were in the house, I grabbed my B+W ND3 neutral density filter to look at the sun. The eclipse hadn’t started yet.

As I didn’t know the weather would cooperate, I hurriedly finished the laundry (ie threw it on the bed. LOL) and headed out to check on a few spots I planned out.

So, I headed out to my first place: St. Paul’s Episcopal Church at the intersection of Walnut and Eldridge Avenues.

While driving there, I saw how the wind was whipping a large U.S. flag on a tall pole as I passed it. So I turned around to photograph the progressing eclipse.

But, after shooting a few frames, I looked at the photos and saw how over exposed the images were.  With that, I chose to use my ND2 neutral density filter with its 6 stop loss of light. This allowed me to shoot at a high shutter speed while maintaining a wide aperture..

© Paul Conrad/Pablo Conrad Photography – A seagull lands on the flag pole at the intersection of Northwest and Birchwood Avenues in Bellingham, Wash., during the partial solar eclipse on Thursday afternoon Oct. 10, 2014.

Plus it cut the light to protect the interior of the lens and lessen the intensity of the light hitting the sensor. With a few better exposed frames, I left then headed to my original place.

Upon arriving, I found a parking spot that gave me great flexibility to move, but I couldn’t align the cross with the eclipse. The positioning required me to shoot through a tree. But I was able to frame the duo with the branches of the tree.

However, I couldn’t get a decent exposure. Either the eclipse was blown out, or the foreground was black. Very difficult to expose for it well.

As much as I hated it, I needed clouds. Thin clouds would cut down the light and allow the eclipse to show. This would help balance the exposure.

After 10 minutes, I decided to drive to Assumption Catholic Church. This also allowed the eclipse to progress and the clouds to move in. When I got to the church, it was clear it wouldn’t work.

By this time, the clouds were moving in rather quick. I headed back to the parking lot by the Episcopal church. When I arrived, the eclipse was lower to the horizon and the clouds were cooperating. The tree was no longer a bother.

While shooting, I noticed how the cross would silhouette against a bright cloud that also dimmed the eclipse. The clouds were moving fast, so I needed to move fast. And what do you know?

A pickup truck was parked right where I need to be. So with me running around this truck in the parking lot working the eclipse before it disappeared, I’m sure it looked weird to anyone watching as I ran around the truck pointing my lens towards the heavens.

My favorite photo is the one titled “Requiem I.” It’s simple and clean

Also, feel free to share and reblog, link to, and add your site in the comment section.

Paul is a Seattle-based photojournalist specializing in news, sports, feature, travel, and portraiture. He also photographs weddings and portraits in Bellingham, Whatcom County, and Skagit County.

He is available for assignments in the Pacific Northwest. Contact him at paulconradphotography@gmail.com or (206) 450-8632 for availability.