It was a rainy Friday night at Civic Field in Bellingham, Wash. The battle for dominance begins. A Storm was about to hit. The Squalicum Storm hosted the Bonney Lake Panthers in the first round of the Division 3A state playoffs. The Storm lost 24 to 7 to the Panthers. 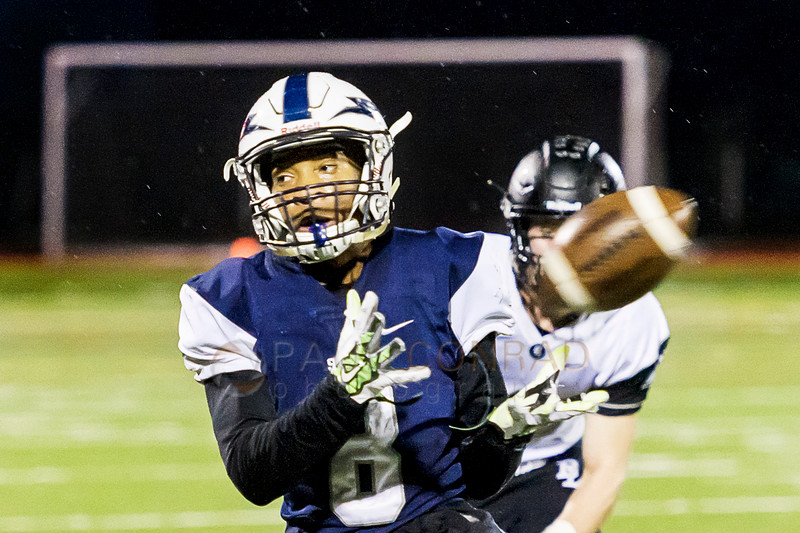 Eyes On – Squalicum’s Damek Mitchell (8) catches a 5 yard pass from quarterback Garrett Sorenson (10) against Bonney Lake during the second quarter in the 3A state playoff game on Friday evening Nov. 11, 2016, at Civic Stadium in Bellingham, Wash. Mitchell ran the ball for an extra 10 yards. The Storm’s 24-7 loss to the Panthers ended their running in the Class 3A state playoffs. (© Paul Conrad/The Bellingham Herald)

It wasn’t supposed to rain, according to local weathermen, until after midnight. But the rains came as Squalicum fought hard to keep in pace with Bonney Lake. Though I left at the half due to deadline, the Storm battled with the Panthers and pressed hard to score. 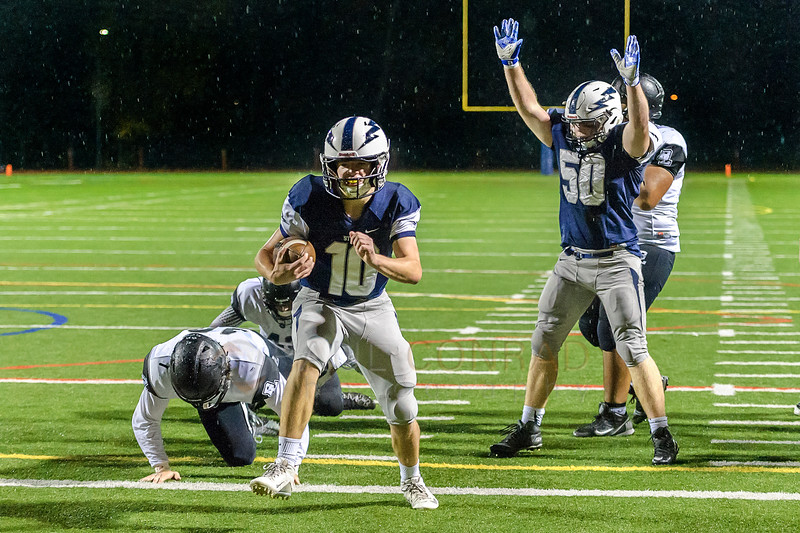 Touchdown!!! – As Squalicum’s Garrett Sorenson (10) runs in, team-mate Jack Wending (50) signals the touchdown against Bonney Lake during the second quarter of the 3A state playoff. (© Paul Conrad/Paul Conrad Photography)

Even by the second quarter one could see that the Panthers were reading the Storm’s offensive line like a pre-school book. The stayed tight on receiver Damek Mitchell and eventually stopped him from scoring. Bonney Lake defender Braydon Tressler kept close to Mitchell stopping his every play. 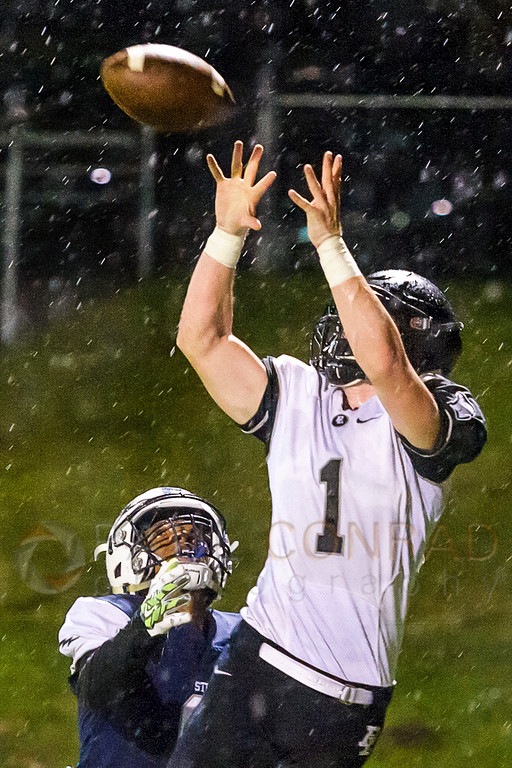 Squalicum did make some pretty great plays. In the first half, they showed what a great team they can be. Unfortunately, Bonney Lake began reading their plays like they stole the playbook.

Stopped at the Line

Late in the second quarter, Squalicum running back Braunz Burr kept getting stopped short of the goal. It was clear Bonney Lake had the game. 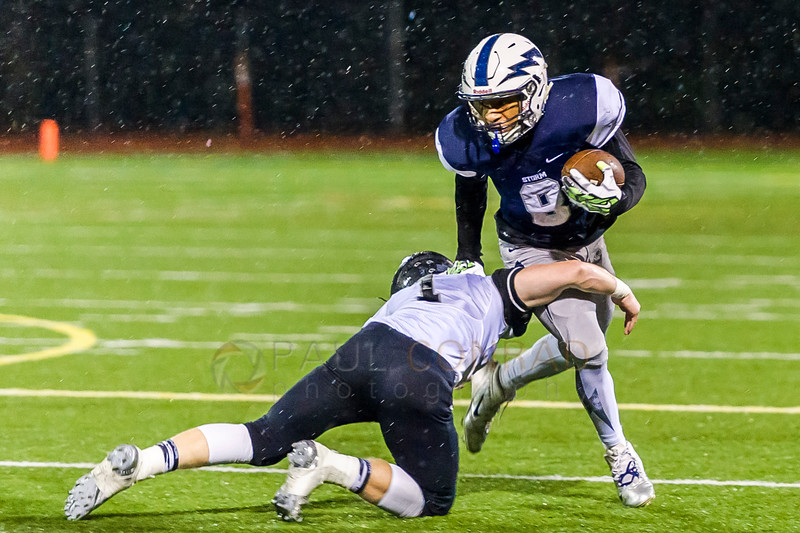 For more images from the game, visit the gallery Bonney Lake defeats Squalicum 24 to 7.

Read more on The Bellingham Herald at Miscues Cost Squalicum in 3A State Playoff Loss to Bonney Lake.