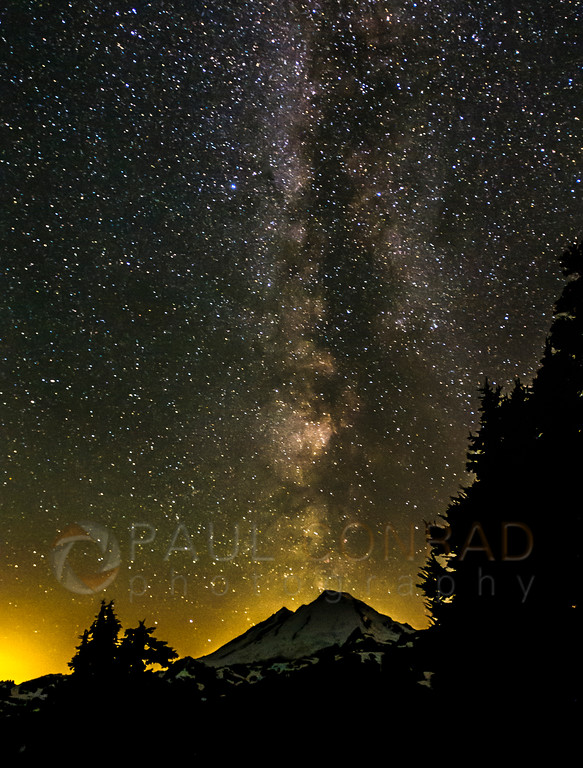 I went up to Artist Point near the Mount Baker Ski Area to photograph the blazing comet debris. While driving I saw at least a dozen bright ones. But honestly, I was slightly disappointed after I arrived. There did not seem to be very many bright ones.  A lot of faint streakers, but not bright. 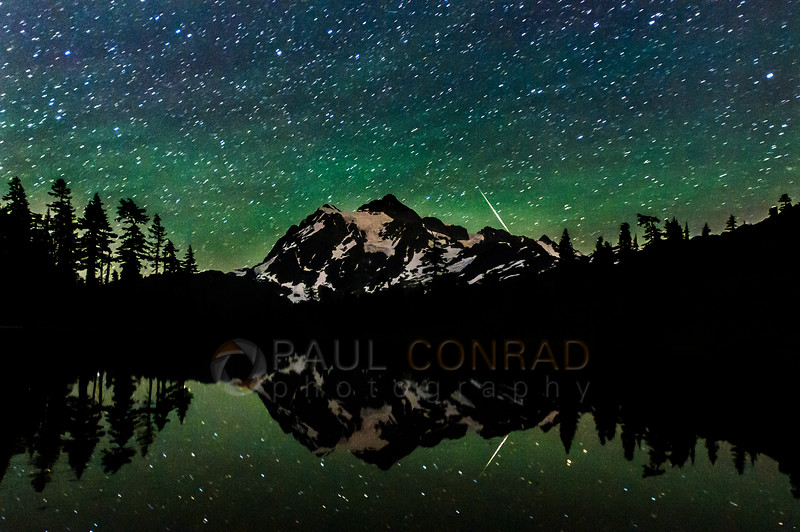 The most vivid meteor shower I have seen was the Leonids in 2001. I had been at The Aspen Times for two months and really didn’t know much about the area. A local, whose name I can’t remember, suggested Midnight Mine Road up to Little Annie Basin. From there, I was witnessing about 1 every 5 seconds. But I didn’t shoot much. Only 1/2 a roll of Fujifilm 400. I mainly went up to enjoy the show. 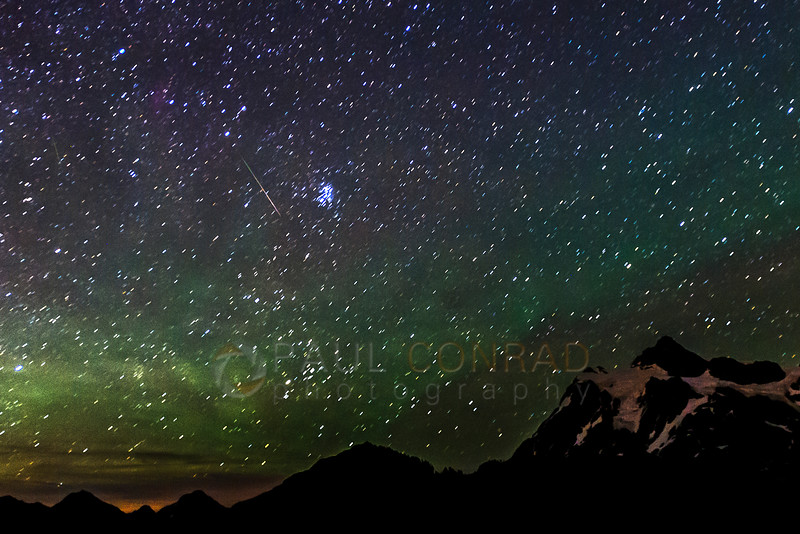 In the photos, there is a slight greenish glow. While shooting, I received several alerts on my phone that the KP index was going to 4 or 5. The green glow is the aurora borealis.

To see more of my recent newspaper work, visit the galleries at My Work for the Bellingham Herald.