From landscapes, to people throwing fire, to an actress, July was a pretty busy month for me. A lot of Bellingham Herald assignments, some personal projects, and a Getty gig that was super fun. Here is a recap of what I shot this past month. 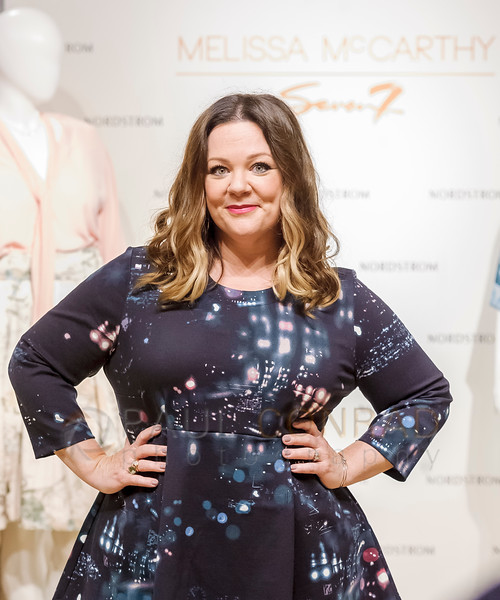 Actress Melissa McCarthy poses in one of her creations as while promoting her fashion line Melissa McCarthy Seven7 at Nordstrom Downtown Seattle on July 22, 2016 in Seattle, Washington. (Photo by Paul Conrad/Getty Images for Nordstrom)

Getty Images hired me to photography Melissa McCarthy at Nordstrom in downtown Seattle. It was a short shoot of about an hour and a half. Fun to shoot, but I had to stand on a step stool the entire time. Actress Melissa McCarthy, center, poses with fans during a promotion for her fashion line Melissa McCarthy Seven7 at Nordstrom Downtown Seattle on July 22, 2016 in Seattle, Washington. (Photo by Paul Conrad/Getty Images for Nordstrom)

It was one of my most fun shoots in a while. Unfortunately, her handlers were pretty strict on what to shoot. So I had to wait for permission. But still super fun to shoot!!!

For more photos of Ms. McCarthy, go to my gallery Melissa McCarthy at Nordstrom.

With only a day left before the start of the Democratic National Convention in Philadelphia starting, staunch supporters of Sen. Bernie Sanders, I-Vt., rallied in Bellingham. Over 200 people showed up at City Hall to march in support of the senator. 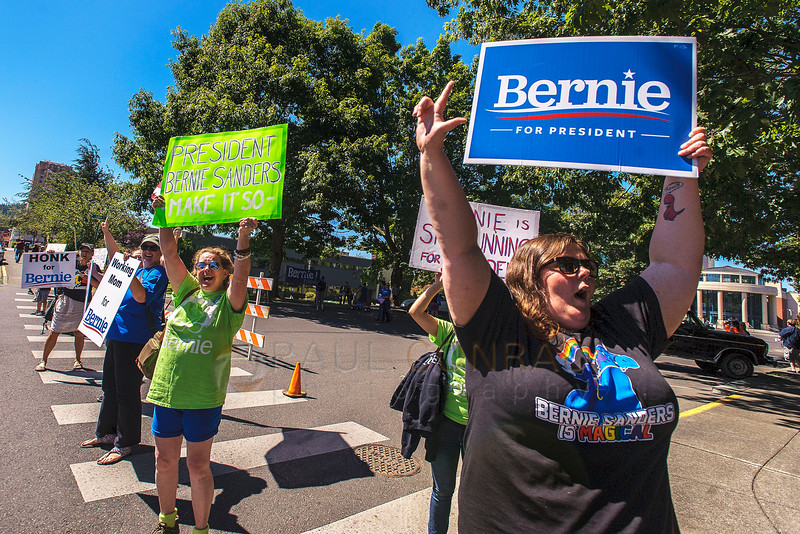 The march started at City Hall and snaked its way through downtown where a rally was forming at Maritime Heritage Park. After the march, Congressional and state representative candidates stated their argument for Sanders.

It was a great day for a march. I strengthened my tan and even got my 10K steps in according to my Samsung Fit. But what I found most interesting is the support Sanders has. 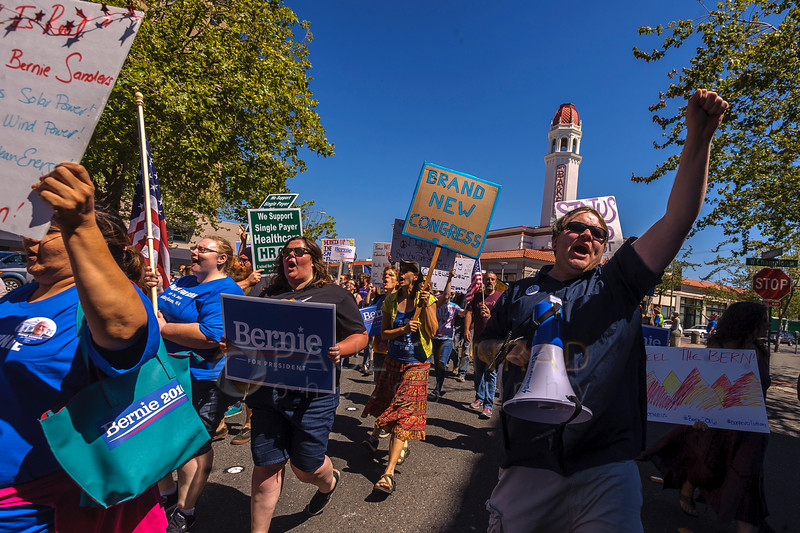 To view more photos of the Bernie Rally in Bellingham, visit my gallery March of Bernie Rally. 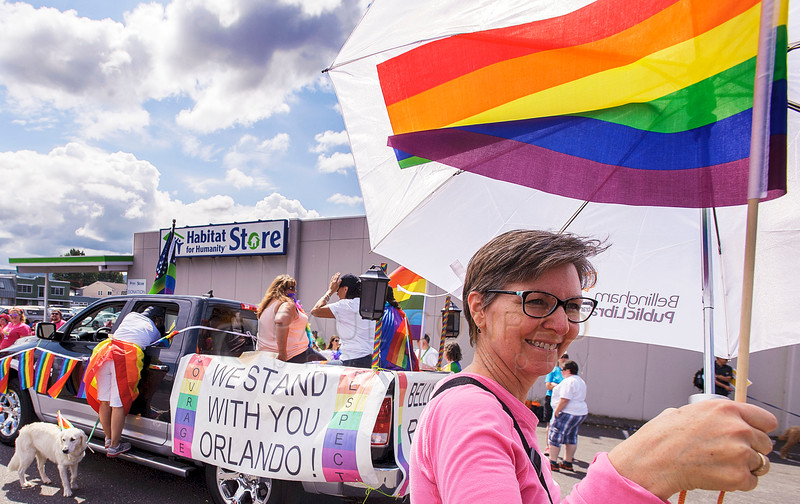 Janice Keller of Bellingham waits for the 2016 Bellingham Pride Parade to begin on Sunday morning July 10, 2016, in Bellingham, Wash. Keller is the Communication Manager for the Bellingham Public Library. (© Paul Conrad/The Bellingham Herald)

Our annual Pride Parade was held on July 10th. It was a great reminder that no matter how diverse we are as a nation, there is still hope we will come together. Pride Parade draws hundreds of participants and thousands of spectators. 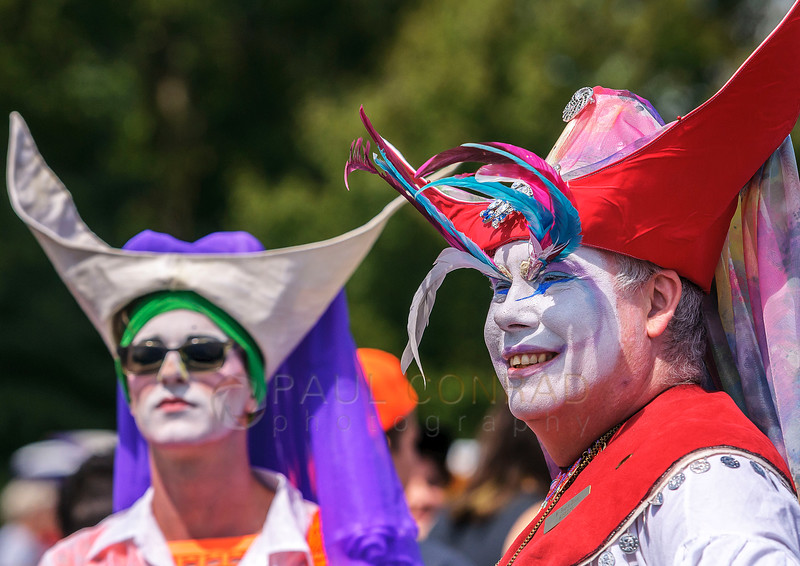 Daniel Ashwell, left, and Justice McCartney, both from Seattle, wait for the 2016 Bellingham Pride Parade to begin at the intersection of Cornwall Avenue and Ohio Street on Sunday morning July 10, 2016, in Bellingham, Wash. Ashwell is known as Sister Cialis de Lellis and McCarntney is known as Sister Angela Merici. The two are members of the Sisters of Mother House in Seattle. (© Paul Conrad/The Bellingham Herald)

As usual, I begin the photo process at the assembly area about an hour before the scheduled start. This gives me time to see the most exciting floats and if there are any unique individuals. The photo of the two Sisters I shot during this time. 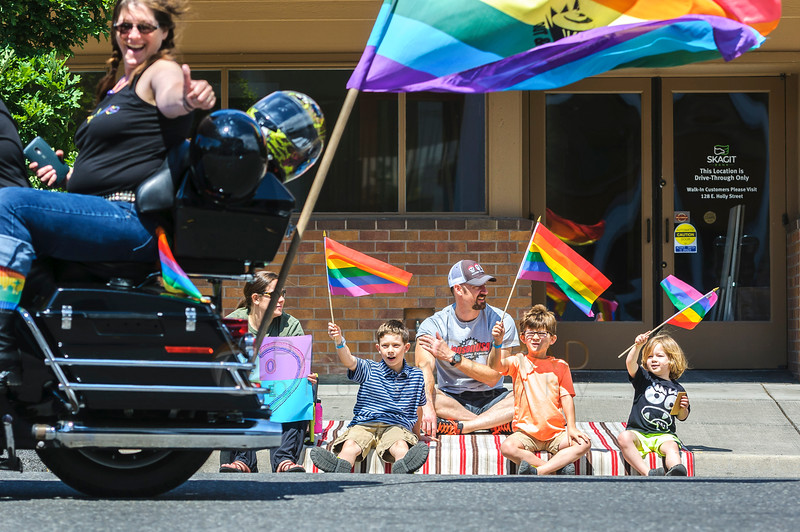 There were the usual asshat protesters, but only spent about 15 minutes photographing them. They don’t need to be highlighted here. They suck.

It was a fun day and I got a good tan. For more images from the parade, go to my gallery 2016 Bellingham Pride Parade on my website.

Sunsets around here can be amazing. They’re fun to shoot and I try to get something different each time. The best thing I like about photographing landscapes is that they get me out of the house. Out from behind my computer. Out from the stale air in the apartment. It feels good to breathe clean air. 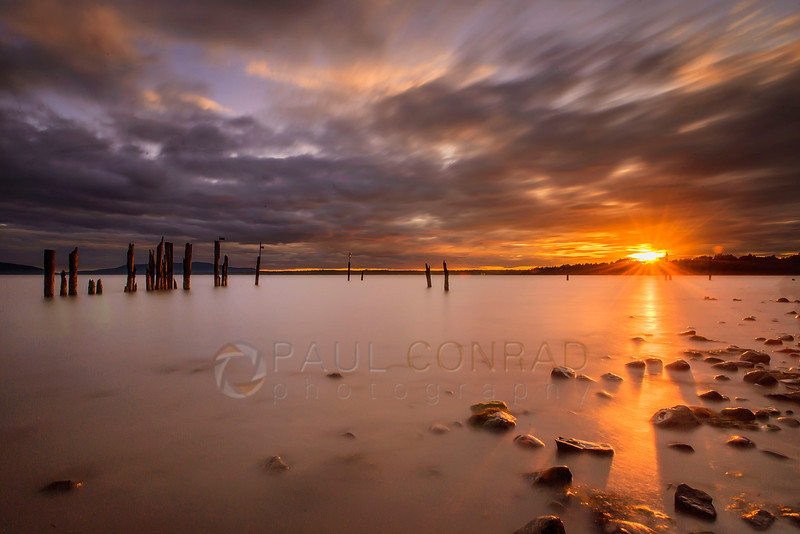 Also, I like setting my camera on a tripod and just pausing to think about composition, time, and essentially really think about the images. It’s a time to take all my knowledge and apply it without rushing. And while the shutter is open, it let me breathe in the surroundings and just be in the moment. 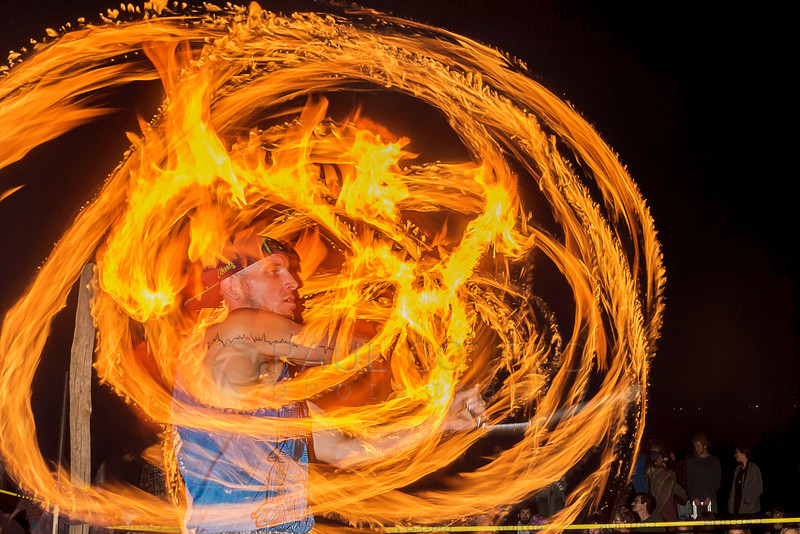 There was a cool demonstration of fire spinners at Locust Beach. It really made me pull out the stops on all my irrelevant knowledge about light and get some great frames. I did learn what is the best time to get fire spinners and sunset: about 1/2 and hour after. 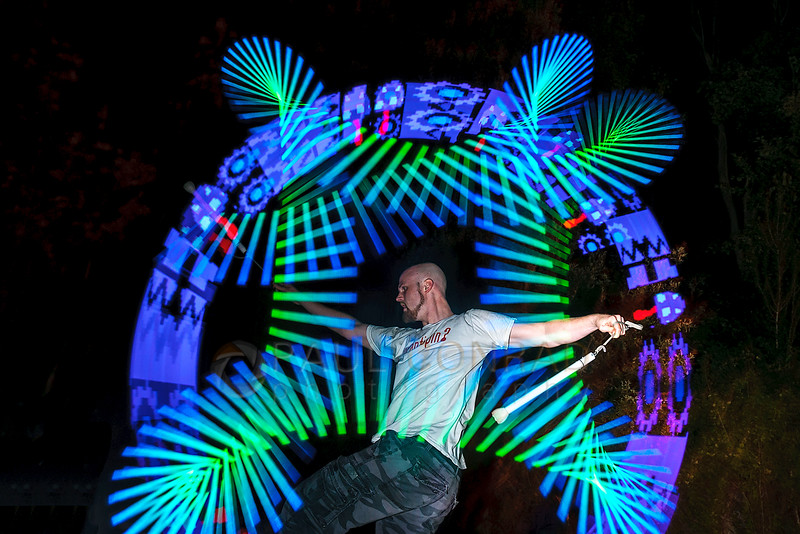 The sky is still bright enough for clouds to be lit, but still dark enough that both the flames and any flash used isn’t see through. It’s a tight balance. But worth learning for some upcoming portraits. 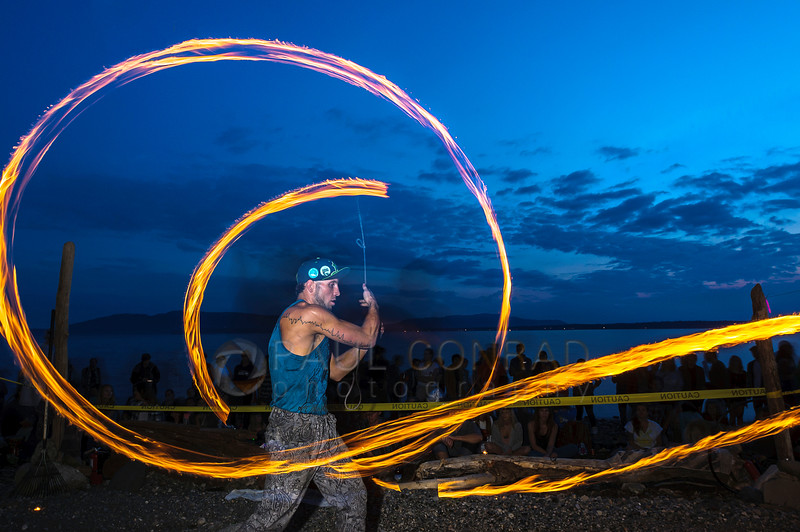 About 200 people showed up. Many just wanted an evening with friends hanging around a campfire. It was a fun evening altogether.

For more photos of flames spinning about wildly, visit my gallery Fire Spinning at Locust Beach in Bellingham, Washington. 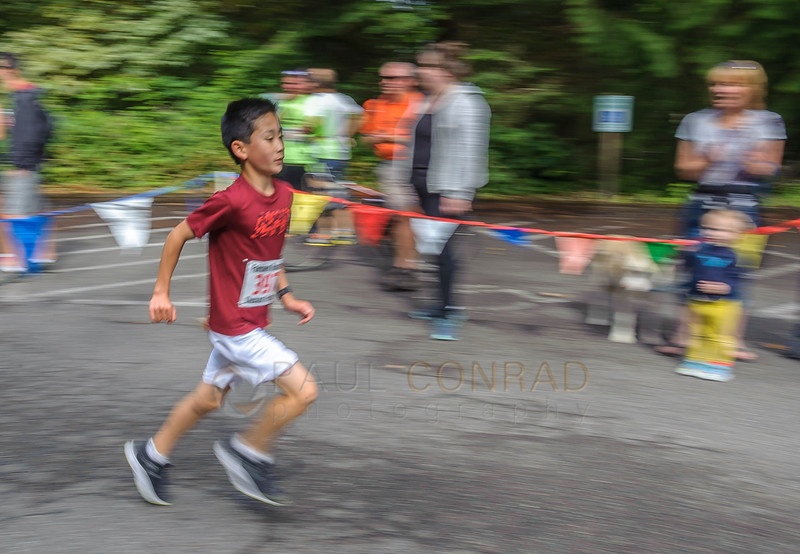 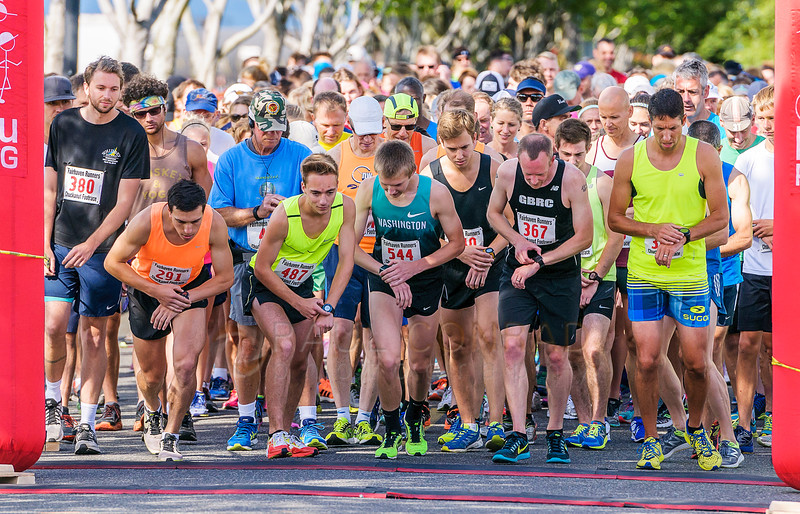 For the beginning, I wanted a nice tight shot of all the races at the moment the starting buzzer blared. I did not expect to get the left-to-right progression. That was just luck. 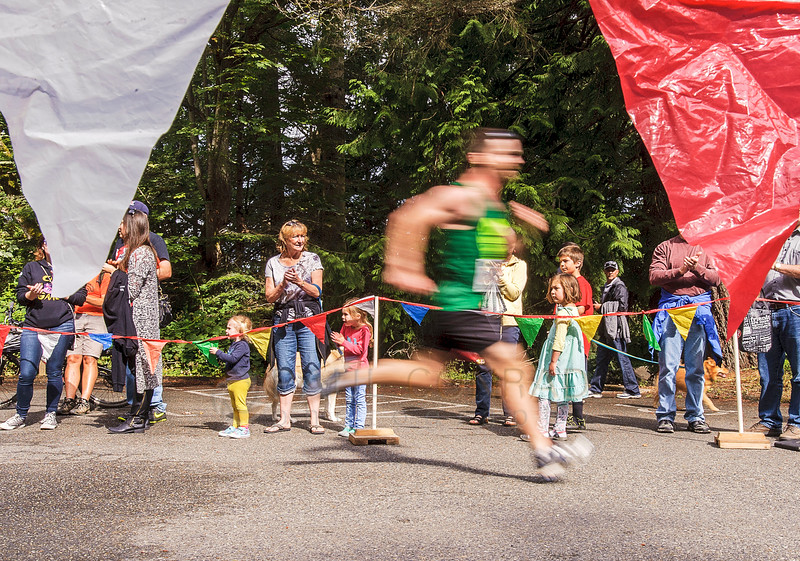 But how’s that saying by Louis Pasteur go: Luck favors the prepared? Yeah, pretty much. But as I’ve told many friends and noobs to the photo world: It’s better to shoot crappy photos of something than wonder what you would’ve got if you went.

I stayed at the finish line to try some panning, zooming, and just have fun. And I did. Another fun shoot.

To see more of my current work, visit the galleries at My Work for the Bellingham Herald.