Over the weekend, I shot an assignment for the Bellingham Herald. On Monday, I was returning a borrowed camera. The editor asked if I was available to shoot a proposed vigil for the victims at the local club here Rumors Cabaret.

I had no plans for the night so I said I could take it if needed. I felt compelled to shoot the vigil. I needed to do something, anything to help overcome the anger and sadness I felt about Orlando. As photojournalism is my true passion, I tend not to reject assignments from newspapers or newsmagazines. The vigil was just a thought at this time and plans were sketchy. But it came together and the vigil was held. 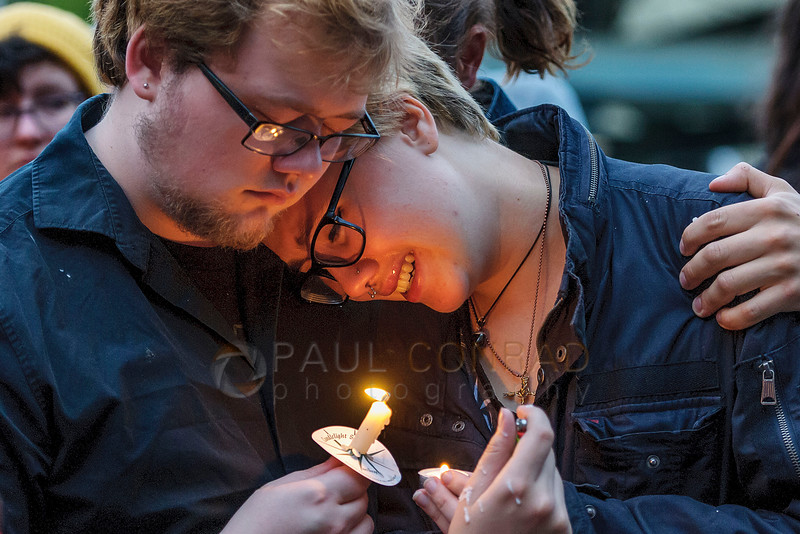 A couple hugs while listening to the names of the deceased of the Orlando nightclub massacre during a candlelight vigil on Monday evening June 13, 2016, at Rumors Cabaret in Bellingham, Wash. (© Paul Conrad/The Bellingham Herald)

When I arrived, not a lot of people were there. Bille Jones was one of the participants of the vigil. His plan was to read the names of the victims. He told me he was assaulted a few night before and felt compelled to make sure the victims would not just fade away. 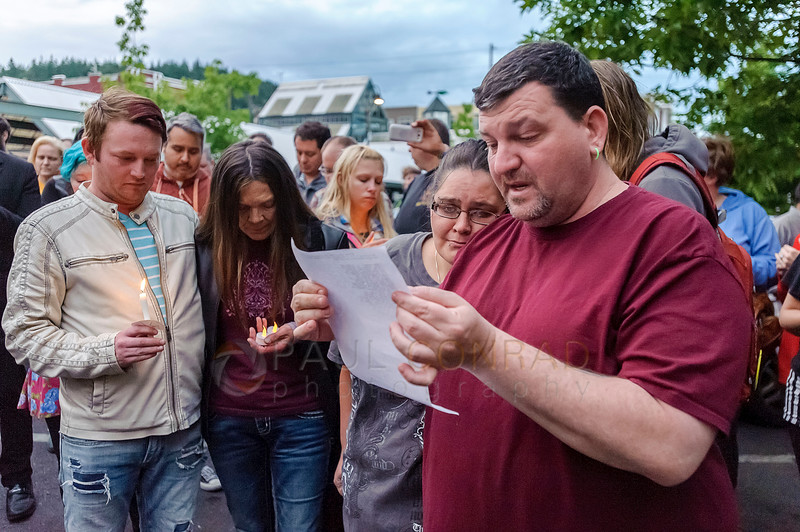 Bille Jones (cq), right, is comforted by friend Kasandra Boote as he reads a list of the victims of the Orlando nightclub attack during a candlelight vigil on Monday evening June 13, 2016, at Rumors Cabaret in Bellingham, Wash. (© Paul Conrad/The Bellingham Herald)

As more showed up, the ambiance became a little heavier. My heart became heavy and started hurting. The reality of Orlando hit me like a train doing a 100mph. There seemed to be no stopping the hurt. 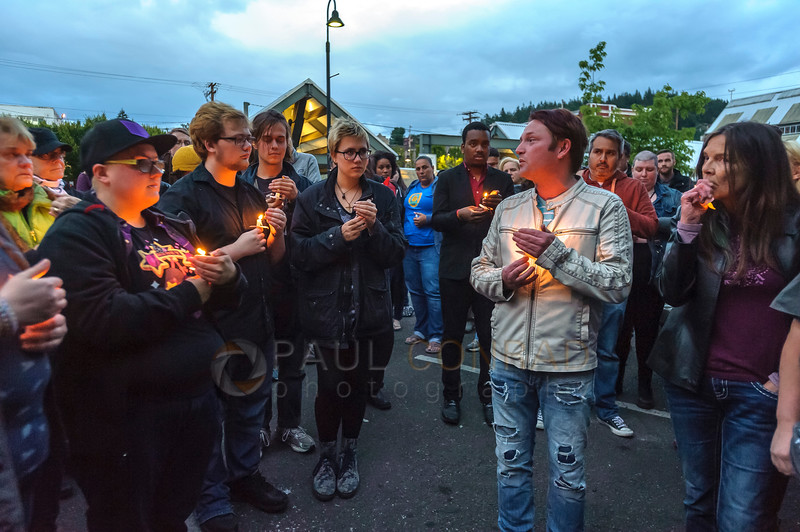 Lonny Vinge of Bellingham, 2nd from right, says a few words during a candlelight vigil for the victims of the Orlando, Fla., nightclub massacre on Monday evening June 13, 2016, at Rumors Cabaret in Bellingham, Wash. (© Paul Conrad/The Bellingham Herald)

This wasn’t the first time I’ve had to shoot through tears. The LGBTQ community in Bellingham felt the pain as strong as those in Orlando. Their community was attacked. Their pain was palpable. 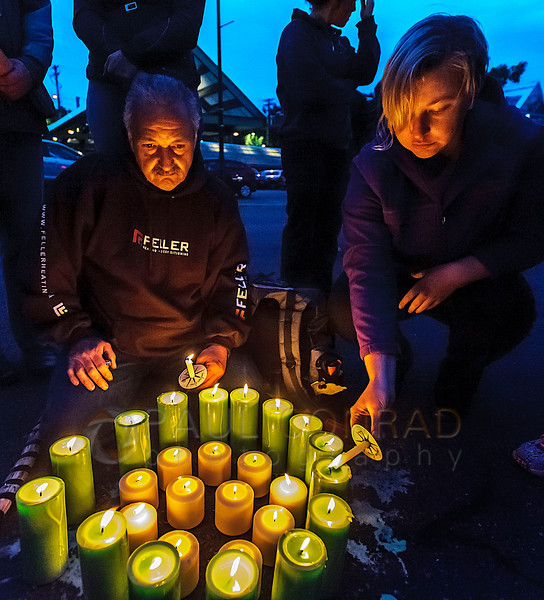 As Bille read the names of each victim, the silence of those listening was deafening. The crowd was large and the Bellingham Police Department shut down Railroad Avenue to give the mourners room. Over a hundred people joined the vigil by this time. 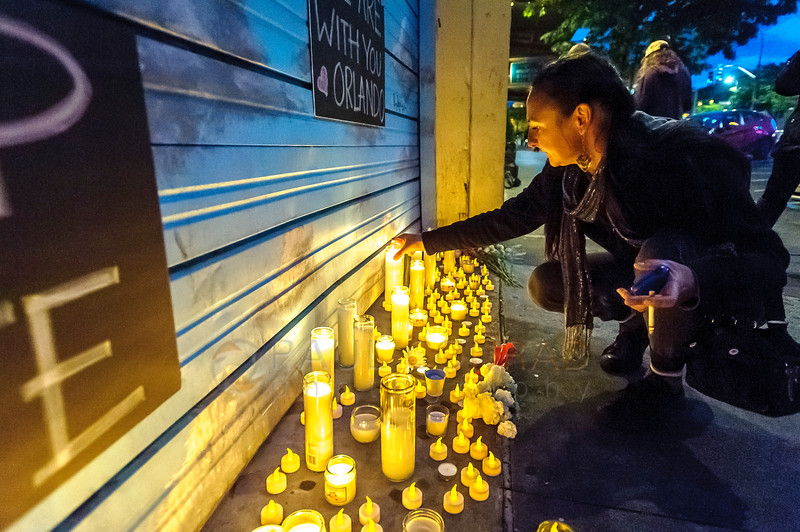 Christy Linoix of Bellingham lights and places a candle for the victims of the Orlando, Fla., nightclub massacre during a vigil at Rumors Cabaret in Bellingham, Wash. (© Paul Conrad/The Bellingham Herald)

Some photojournalists say they shoot to hide their pain. I shoot to show the pain. To show the world how events like this, although 3 thousand miles away, still affect people. It is not easy to watch people through a viewfinder and document their pain. Your heart, if you have one, gets torn up. You feel that very same pain, anger, resentment, fear, and hope. It’s what drive me.

WARNING – RANT TO FOLLOW: I was more sick that the perpetrator, Omar Mateen, was under the watchful eye of the F.B.I. He was not just being watched, but also investigated for links to ISIS, was known to have anger issues, and was a closet homosexual. He wasn’t just some random dude who bought a gun and went in shooting. He planned this and the FBI failed to intervene, or tell, or purposefully let it happen.

My heart goes out the family, friends, and community of those innocent victims of such a brutal and unwarranted attack.