“I try to photograph people’s spirits and thoughts. As to the soul-taking by the photographer, I don’t feel I take away, but rather that the sitter and I give to each other. It becomes an act of mutual participation.” – Yousuf Karsh 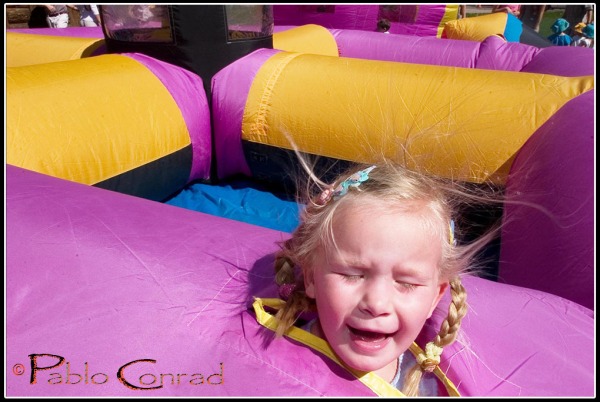 With air blowing around her face, Olivia Zweig, 3, of Ashcroft pokes her head through an opening of a bouncy castle in Paepcke Park at the end of the annual Aspen Children’s Parade.

Over the years, I become accustomed to photographing people on the street. To me, it’s easy and I don’t feel intrusive. Most importantly, I enjoy it.

I love the thrill of meeting new people, I love photographing strangers. I love getting to know my fellow-man.

Meeting new people is fun. Talking to them peels of a layer or two of their character exposing them, thereby making it easier to photograph who they are, to photograph their soul.

However, it was not always easy for me to photograph strangers on the street. When I first began my career, I was very timid in approaching people and even fearful. At times, I even shook from that fear.

A bassoonist on the Hyman Avenue Mall in Aspen, Colo.

When I was interning at the Ogden (Utah) Standard-Examiner, I had an assignment to go to Hooper, west of Ogden, to photograph a fair for the next days front page. It was slated to be the lead art to go with a story. But, when I arrived, I was overcome with fear and didn’t produce a single image.

It felt as though someone kicked me in the gut and paralyzed me. My cameras weighed a ton and I had no strength. I was seeing some wonderful images, but the fear kept me from capturing them. I could only stand there and be an observer of the stage of life.

As a result, I was in major trouble with the photo editor August Miller. After talking to him, he put me on probation and gave me a second chance. He guaranteed the next time I “froze up,” I would be fired.

It was over the next few weeks during my internship I analyzed why I was fearful of photographing strangers. And if I didn’t overcome my fears, my short career in this field of endeavor would come to an abrupt halt.

I came to this simple conclusion the fear was simply unfounded and unjustified. I projected my fears onto my subjects. Thoughts such as “They don’t want their photo taken” became “I don’t want my photo taken.”

It was a hurdle I had to overcome. But I realized, people love to have their photo taken. People like being in the spotlight, even if for only a moment, they like being the center of attention.

Most people think what they do is boring. So when someone begins documenting them as they go about their “boring” life, they feel special.

This is true for not only world events, but also simple moments in life. You must not fear opening the curtain. And it is that fear that keeps us from doing what we want.

To help me overcome this irrational fear, I created assignments for myself which forced me to meet new people. I set goals to photograph one new person each day.

Jamming to the music, “E-Dawg,” of Aspen, Colo., dances to a DJ during Aspen Highlands endo of season party. To help ease your fear, go to a huge gathering of people.

I started in areas where a lot of people gathered such as markets, fairs, bowling alleys, or parks. After a awhile, it became easy to photograph people who were by themselves.

As I progressed in overcoming this fear, I wanted to get closer. I wanted my photographs to be more intimate. I wanted my viewers to feel involved in the lives of my subjects.

To do this, I limited my lens choice to the wider angles. As I was shooting in film, I used only a 24mm or my 35mm lenses. These forced me to get  physically close. They forced me to interact with the subject. 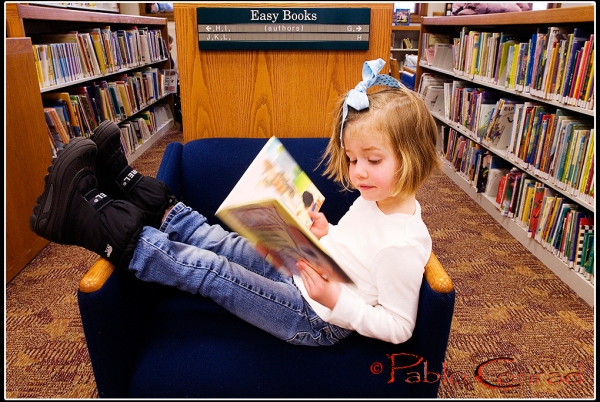 Lillian Cassidy, 5, of New York City gets comfortable for a good read while visiting the Aspen Pitkin County Library. Staying with wide angle lenses forces you to get closer, thereby heping you overcome the fear of photographing strangers.

And eventually the fear went away. It tries to rear its ugly head on occasion, but for the most part, I just quash it and have fun shooting. And isn’t that the whole point? Enjoy what you love to do.

An odd thing I’ve learned over the years is that there is a short period of time when you’ll not get anything good. It seems that for the first few moments, your subject may be a bit tentative. But as you continue to shoot, they relax and that’s when you begin capturing some very real moments. and it is in this time is when you should shoot as much as you can.

Work the moment. Vary your angle. Shoot from high, eye level and low. Work from the right to the left. Get closer, step back. And then you’ll realize how much fun you’re having.

One of the techniques I use is that I talk to them as I begin shooting. I ask them questions to show I have a genuine curiosity about them. this relaxes them and as a result, I get some good images. A genuine curiosity for your subject will go a long way.

The feet of Jenni Stanford, Laura Varsafsky, and Jessica Philip, all from Steamboat Springs, Colo., hang from a second story window on Mill Street in Aspen, Colo., during a summer afternoon. Don’t forget to look at all angles while shooting.

So here are some tips to help you overcome your fear of photographing people: 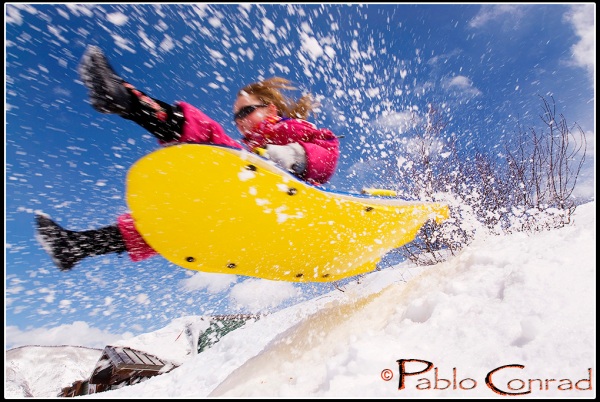 Sage Paterson, 4, of Aspen, Colo., launches off a ramp while sledding on Whoa Nellie Hill next to the Aspen Recreation Center.

Hope this helps and I’ll see you on the street.

“Like the people you shoot and let them know it.” – Robert Capa

Thank you for stopping by and reading. All comments are appreciated. Feel free to ask questions.