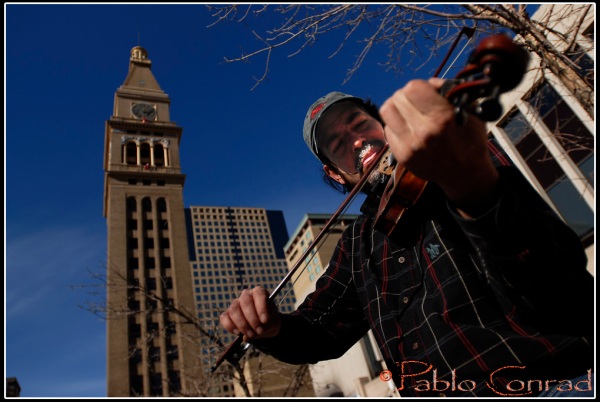 Playing for cash. A busker under the D & F Tower along the 16th St. Mall in Denver, Colo.

The rumbling buses of the 16th Street Mall vibrated under my feet, the notes of a violin dance along the breeze, a street preacher praises God. The din of the city rings off its majestic towers of marble and steel.

The sun bounces along the buildings on Arapaho Street as the sun sets behind the Colorado Rockies.

Fried food permeated the air of the 16th Street Mall as people scattered throughout like ants on a hill. Downtown Denver was alive with the kinds of all folks. The busy hustle and bustle steadied as the masses marched up and down the concrete paths.

A pedestrian stops to take a photo of downtown Denver.

Soon, the late afternoon sun, heading towards its bed behind the Rockies, dipped and painted the city with its beams of gold. The light glinting off the steel and glass making the shadows dance with its reflections.

Children skate under the shadow of the D & F Tower in Denver, Colo.

Children’s laughter echoes into the past as they skate beneath the shadow of the D & F Clock Tower. The din quiets as the sun dips behind the Colorado peaks.

A quiet alley off the 16th Street Mall in Denver. 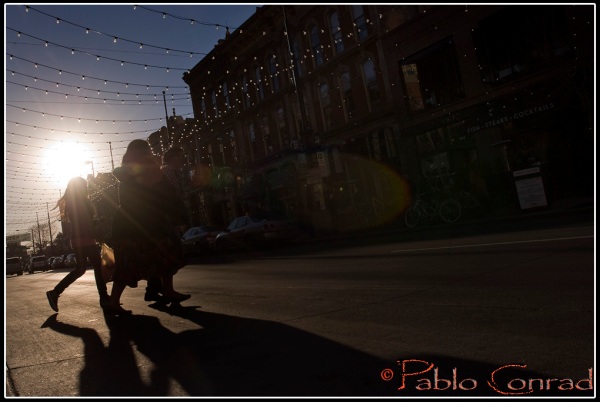