A fun part about editing is deciding which photo you want to use. The answer depends on the end use of the photo, or just how much you like one image over the other. For this, I’ll let you decide and vote for your favorite: the poll is below. 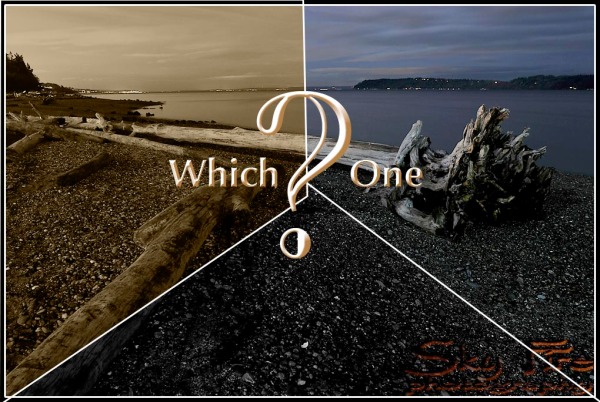 The Big Question of the Day: Which One is Best? Vote in the poll below.

Another fun part is deciding how to use the photo. Do you want it color, black & white, tinted? A confusing detail, but fun none-the-less.

Last night, I took a drive to Mulkiteo, Wash., to hang out at the beach and just have some nice, fresh air to clear my head. I was going to leave the gear at home (***GASP!***) but decided at the last minute to take it.

It wasn’t a simple “I should take it because…” moment. I just looked at the moon and how the clouds danced around it’s face. This made me want to take my gear.

Sometimes I just need to get away from everything, lay on my Jeep and stargaze. It is very therapeutic for me.

At the beach, the Mulkiteo Lighthouse was decorated with lights. So for posterity, I took some photos of it. Not overly fantastic, but some nice images.

Then I went for a walk on the beach. The was out moon but veiled by the thin, wispy cirrus clouds. In the dark, I could see the driftwood. The shapes taunting me to photograph them. One hapless log, even has an “X” carve in its side. Probably from a bored teen over the summer, or a pirate hiding his booty.

With the light of the veiled moon and a nearby streetlamp, I could see the shapes of the logs. After letting my eyes adjust to the dark, I set my tripod up to capture a few frames.

One thought that didn’t occur to me was to shoot the photo in black & white, or color. I’m a fan of shooting in raw and using post process to change the color mode. It seems to work better for me and I believe it retains for data.

So as I was editing, I wanted to continue a them I’ve been working on: The Coast in in Gray.

So as a result, I compositionally edited my image for pleasing lines, lack of converging elements, and overall exposure. While doing the initial edit, I noticed how monochromatic the image was in the first place.

Then I was seeing it in black and white. As a result, I started playing with converting it to Black & White.

In this day and age of overly saturated super colors gone haywire, I’ve become increasingly attracted to black & white photographs. They say so much more than color as you’re depending on the composition to speak rather than the colors.

But for this image, I’m having a hard time choosing the way to present the image. For this, I’m letting the “vox populi” make that choice.

Here are the three choices: 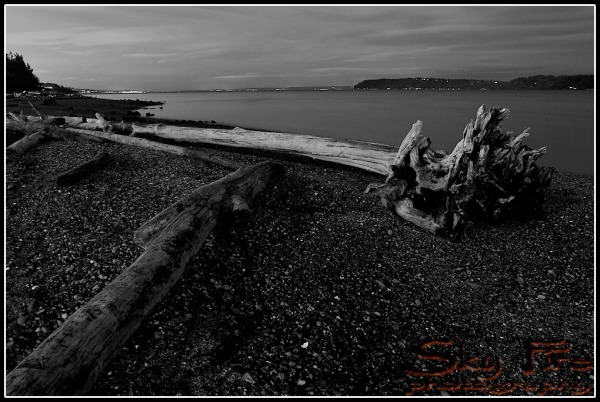